During the beginning of May 2020, there was a large commotion about the arogyasetu app and its security after a so called “hack” by infamous political hacker named Elliot Alderson. In light of all this, we at the YAS (Yet Another Security) community, had some talks in our WhatsApp group. So, it turned out to be a discussion on techniques used for bypassing SSL pinning on the mobile apps. This whole discussion made be curious about other apps from India government and since I have worked on similar projects outside of India, digilocker caught my attention.

Hence, I downloaded the app and installed on my test devices and fired up my favorite toolset burpsuite + Frida. I used my homebrewed pinning bypass scripts to actively intercept the app’s communication with the backend. To my surprise, I found that digilocker was not matching with the basic security features of arogyasetu, such as custom root detection, custom ssl pinning checks all wrapped inside obfuscated binary.

That made it interesting, I decided to dig in, as I was not current user of the platform it asked me to signup first and setup a pin to access the system. The immediate thing that caught my eye on the request to set pin was it was a normal http request with no session, in layman’s terms, the platform allows an anonymous user to set pin for any active user of the platform. Shocking!!!

To give more technical context, internally the system denotes each user with a unique v5 UUID (v5 denotes it has enough entropy and that there is less chance of duplication and has enough randomness to it), so to set a new pin for the user all you need is to call the endpoint with uuid and new pin value.

All of this made me think about how to bypass sms otp of a user, because pin is asked after the OTP. So by looking at how the communication progresses between mobile app and backend server I came to conclusion that the steps of verifying sms otp and submitting pin are not linked together. Meaning you can do the sms otp as one user and submit pin of second user and finally you will end up logging in as second user. Bingo!!!

May 10th – I reported this to CERT-IN
May 14th – CERT-IN finally acknowledged the issue
May 28th – CERT-IN confirmed the issues are fixed
June 3rd – I saw another blog with similar findings and decided to write one of my own.

Dedicated to all 215 members who are my hardcore brothers & sisters from YAS community. Thanks for all your support and inspiration to do this.

Below is a summary of the findings that i found, I just gave risk rating based on industry standards for each.

1) OTP bypass due to lack of authorization – Critical

The OTP function lacks authorization which makes it possible to perform OTP validation with submitting any valid users details and then manipulation flow to sign in as totally different user. Let’s assume attacker creates/gets hold of a valid dummy account.

Below is attack steps

Sample screen shot of login call, similar calls can be observed to all above mentioned urls.

The pin setting API/URL lacks any authorization and can be used to reset pin of any user without authentication.

Below is attack steps

Sample screenshot of the call. Notice there is no session related information on the POST request so its not bound to any user

It was observed that the API calls from mobile were using basic authentication to fetch data or do transactions. All calls from mobile has a header flag is_encrypted: 1 which denotes that the user has to submit the credentials (user_uuid:secret_pin) in basic auth format encrypted with Algorithm: AES/CBC/PKCS5Padding with key We4c4HYS5eagYdshfEP2KY27KwkjaZNH

However it was found that the same api can be accessed with removing the is_encrypted: 1 flag and then submitting the credentials in basic auth format (user_uuid:secret_pin)

The app uses weak ssl pinning it can be bypass easily with tools like Frida and known techniques.

Mohesh Mohan
View More Posts
Started my career as a developer of web applications, later I was given an opportunity to purse my dream in information security. So I moved to information security in Ernst and Young. I started as a part of ITRA doing penetration testing for external clients including major banks, insurance and telecom companies across middle east and Africa, Later I moved into global information security team and there I mostly handled critical internal applications and periodic security assessments of all internet facing applications. I love this profession very much as it gives challenges and opportunities to learn something new on a daily basis. Apart from that I love robotics and hardware hacking and currently I am building a 3d printer, a cnc machine and a robotic pet. Whenever possible I find time to attend hacker conferences and among one such occasion I met with Dr. Philip Polstra, professor and renowned speaker at DEFCON 2014 USA. Phil mentioned my name in his book “Hacking and Penetration Testing with Low Power Devices” (ISBN-13: 978-0128007518, ISBN-10: 0128007516), highlighting the work that I have done.
Senior security specialist for Dubai smart Government 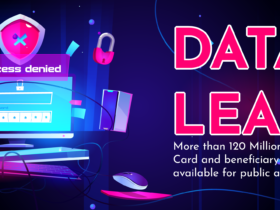