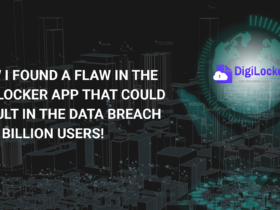 So I went to a CTF event with my friends. It was really an awesome experience and the challenge was pretty interesting. Unlike any other CTFs, this one had only one challenge and that’s it, we had 24 hours to get the flag!

It was actually an individual CTF but you know the deal, as we went as a team, we played as a team 😅. The CTF consisted of web exploitation, steganography, cryptography, and pwning.

But what does a CTF has to do about this tool? Well, here we go. We were solving the challenge steadily and were really happy about it! But at one point we just got stuck, it was a cipher and we weren’t able to get what type of encoding/cipher it was for literal hours! One thing was that we were not really experienced with crypto as we only focused on web, pwn, binary exploitation, and all that good stuff!

It was Base91, we didn’t expect such a cipher and we even tried it but stopped it thinking it wasn’t the one! That was bad!

And of course, we didn’t win the CTF just because of that damn cipher. What a shame right? That’s right, I was not really happy about it and I am a person who hates these kinds of challenges as they don’t really bring any value when thinking from a real-world security standpoint.

So I decided to solve this problem by writing a tool! As a very lazy person, I procrastinated a lot by not writing it and that’s when one of my friends suggested making a tool just for this! And that day, that literal day, I wrote the first version of BaseCrack!

In my opinion, the first version was kinda terrible as it only worked with Python2 and the CLI output was not that clean. But this version… It’s the BaseCrack I envisioned!

BaseCrack is a tool written in Python that can decode all alphanumeric base encoding schemes. This tool can accept single user input, multiple inputs from a file, input from an argument, multi-encoded bases, and decode them incredibly fast.

Link to the tool: GitHub.

And that’s literally it!

To decode a single base encoding from user input:

To decode a single base encoding from an argument (-b/–base):

To decode multiple base encoding from a file (-f/–file):

MAGIC MODE: To decode multi-encoded base of any pattern (-m/–magic):

Guess what? BaseCrack can be used as a library too! It comes in handy if you want to integrate BaseCrack into one of your projects or maybe your automation tool! 😉

It’s really simple, I will show you how! 🙂

Just put basecrack in your project’s folder and you’re ready to go!

How does it work?

Let’s break it down to the problems we have to solve!

I will cover all these questions with this one section!

Every encoding is different but some of them are easier to identify. For example, Base64 will have an equal sign (=) or double equal sign (==), but not every Base64 value has an equal sign! Umm, so what do we do? And also… there are multiple encoding types we have to predict!

So how did I solve it? Let’s take a look at how my lazy brain figured out a solution! 😅

What I noticed when making BaseCrack v1.0 was that, when we tried to decode a Base-X value with a Base-Y decoding function, it always had a “�” value which is the “replacement character” or U+FFD in Unicode. So why not check if the result of a decoding function contains this character and throw them out which will leave us with the accurate base encoding type!

All I had to was:

2 lines and we solved the problem! But the only problem here is that we have to run through all the decoding functions which mess with the completion time but it only takes milliseconds to complete all of them so this solution is pretty good. The other way to do it will be by calculating the entropy of the encoded value which is apparently what CyberChef does!

So to the third question, how does it know when to stop decoding a multi-encoded base! What if we stopped when it’s a valid string or a word but what if the original value was gibberish or perhaps a CTF flag? Well, the above 2 lines can solve this too!

Just by decoding the value over and over until it contains the replacement character is enough to solve this issue because a value containing this character is not actually valid so we end up with the original value and the accurate encoding scheme!

This was a blog about how I came up with this idea and how I implemented it! I hope you will find this tool useful sometime in your infosec journey! 🙂

If you liked it, give it a star, share it, and contributions are more than welcome!

See you guys in yet another YAS blog! 😉

Mufeed VH
View More Posts
Myself Mufeed VH, currently a high schooler. I mostly work in open-source security, web/mobile security, and bug bounty hunting in my spare time. I started off by creating mods for Android games unaware of the fact that it was legit reverse engineering. Later, I became a software developer transcending to building websites, apps, and games for some quick bucks. It was after this phase that I discovered other fields in Infosec which lead me to web, mobile, open-source security and bug bounty hunting. I've patched/fixed a couple of CVEs in open-source, wrote tools/utilities for Infosec, and I am currently researching on in-game hacking focused on Anti-Cheats. I upload once in a while on my YouTube channel and if you asked me to add one more to this list, it would be the fact that naffy aka the Nathaniel Wakelam (@nnwakelam) have asked me for advice lol.
Security researcher